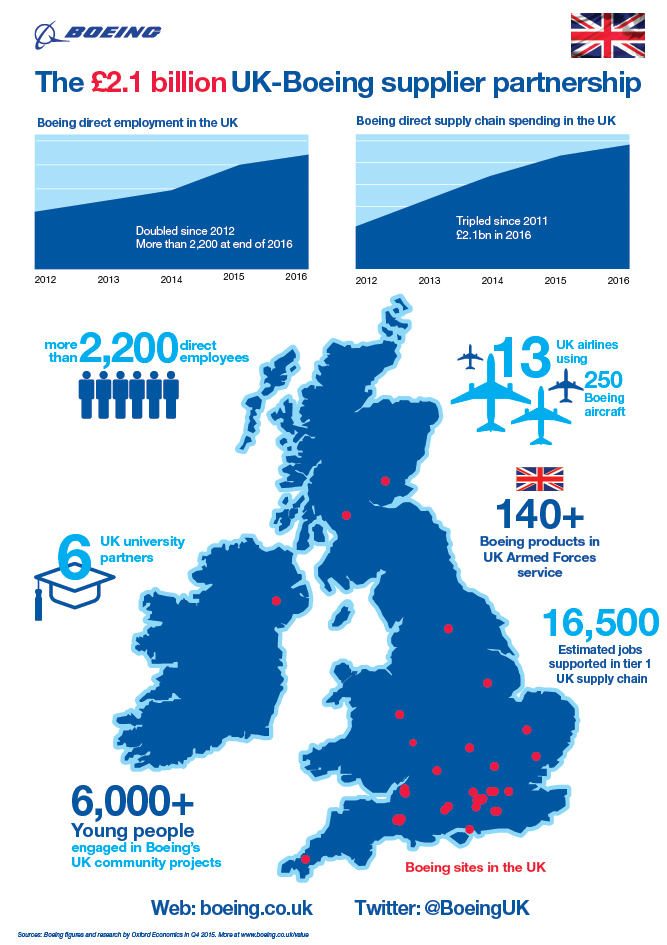 Boeing announced in February 2017 that it plans to open a production facility in Sheffield, United Kingdom, to manufacture high-tech components for Boeing's Next-Generation 737, 737 MAX and 777 aircraft. These actuation system components will be used on the trailing edge of wings of these models.

Planning permission for the site was granted in the summer of 2017 and the ceremony to break ground for the factory took place in September 2017. Trailing edge actuation systems are responsible for extending and retracting the wing's flaps during different phases of flight. The flaps add lift to enable take-off and landing at lower speeds and provide drag to help slow the aircraft.

The new fabrication facility, the result of a Boeing investment of more than £20 million, is part of a broader plan by Boeing to vertically integrate and begin in-house manufacturing of key actuation components and systems in the U.S. and the U.K. to enhance production efficiency and reduce cost in its supply chain.

Boeing's new U.K. facility, Boeing Sheffield, will manufacture spur gears, shafts and housings from materials that are sourced in the UK in Boeing's first manufacturing facility in Europe, supporting global growth and competitiveness for the world's largest aerospace company and enabling access to U.K. talent and capability. Boeing Commercial Airplanes’(BCA) facility in Portland, Oregon, U.S., will also produce actuators and assemble actuation systems for these models as a new work statement.

"The U.K. provides Boeing with the talent and infrastructure we need to grow and maintain a high level of productivity and quality to meet our significant order book," said Sir Michael Arthur, president of Boeing Europe and managing director of Boeing U.K. and Ireland. "We are proud to expand our relationship with the U.K. still further with Boeing Sheffield. Our decision to start manufacturing high-value components in the U.K. is a step-change in our engagement and a further example of Boeing's commitment to grow here, supporting the U.K.'s long-term prosperity."

Boeing Sheffield will employ approximately 30 people, including 18 apprentices, when it opens in 2018 as part of BCA's Fabrication operations and will work closely with Boeing Portland, a company Center of Excellence for complex machining, gear systems and flight controls.

Boeing recruited U.K. employees for the site, capitalising on the skilled workforce in Sheffield as well as the AMRC's capabilities. Boeing also plans to initiate a major Research & Development programme with the AMRC to develop new manufacturing techniques that can be applied in the new Boeing Sheffield facility. The Sheffield City Region Combined Authority will support this through the provision of grant funding.

The U.K. Government and Boeing announced a long-term initiative for prosperity and growth in the U.K. in July 2016. Boeing continues to look for ways to deliver additional U.K. growth across its commercial and defence businesses with valued partners and suppliers.

Boeing's expenditure with the UK aerospace industry in 2016 was £2.1 billion and the company supports an estimated 16,500 jobs in the UK supply chain, in the process enhancing skills, facilitating exports and generating intellectual property. 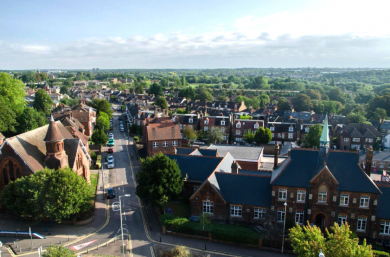 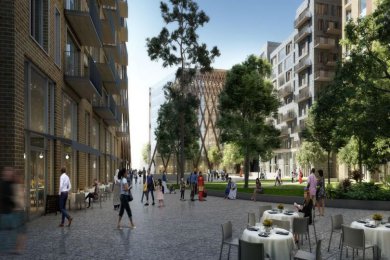 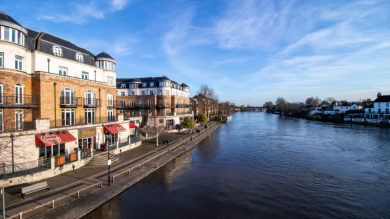 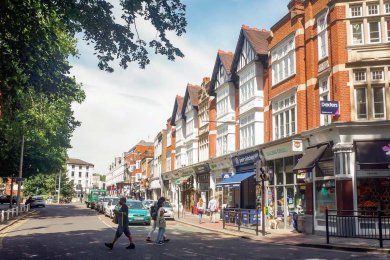